Requiem for a Gentleman 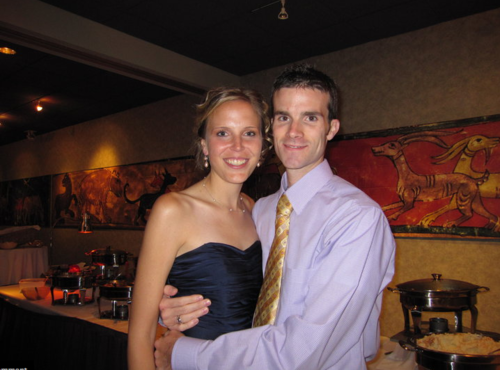 We were already short on heroes, and now we’ve lost one of our best: My friend and former colleague Rory Wheeler died Tuesday morning, after a warrior’s fight against cancer. He was just 28, which is exactly not enough time for a guy like Rory to have walked the mortal space we call home. He wasn’t granted the time to build a life with his new wife, Kristen, or instill his brand of love and optimism in his future children, or continue his stellar career in the media business, or share a beer with me and laugh about his poor taste in basketball teams. He was given just 10,369 days. He used them all.

A year or so ago Rory was diagnosed with a Desmoplastic Small Round Cell Tumor, an aggressive sarcoma that is one of the rarest forms of cancer diagnosed in the world. When it is found, usually in men, it’s typically in the abdomen and is said to develop during childhood (Read more about it here). He was given some great care by specialists in Ann Arbor, New York and Houston all along, helped in no small part by his awesome wife Kristen and a throng of family, friends and an ever-expanding network of people who reached out to tell him they cared, even if they didn’t know him. Despite the ups and downs of his treatment, he remained the same Rory that I had met on my first day working at AOL’s Detroit office a few years back. He had a balance of qualities that you read about in biographies of great public figures, war heroes and home run champions: women loved him, men loved being around him. His intelligence compounded thanks to his hard work and dedication and you could almost see his career taking off right before your eyes. The women in the office doted on him like their little brother. The executives gathered him into their offices for his advice. If there was a living, breathing example of a great American man, circa 2011 edition, this was the guy. I am proud and honored that I could call him my friend.

Goodbye Rory, see you on the other side.